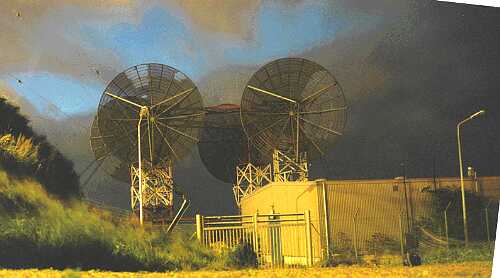 Wednesday 6 September 2000 we explored the German bunkers in Hoek van Holland. And during this expo we stumbled upon the American military transmitters. They can hardly be overlooked. The antennae are a well-known landmark of Hoek van Holland. Large conspicuous (6-8m) dish-antenna's along the coast. They were active during the cold-war but now they're abandoned. When I was 8 years old I already looked at them in wonder. What were those mysterious installations doing here ? 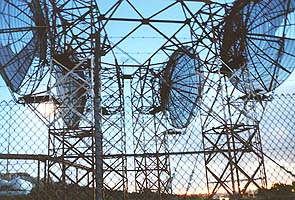 We never thought we could get inside. I took this picture in the fading daylight, never expecting to see the other side of the fence. We passed by the area looking for more German bunkers. But everything in this area is either bricked-shut or welded-shut. See the bunkers story.

Ben discovers a section of wire-fence where the barbed wire has been removed from the top. It's the section just left of the gate. He climbs over and disappears in the background. I'm too chicken and decide to make some pictures of the antenna's from the outside. 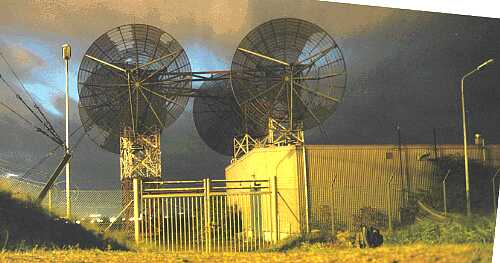 It's completely dark by now and the picture will take 1 minute of exposure time. I don't have a tripod with me so I have to improvise a stable set-up using my flashlight, wallet and lens-cap. But then I have to lie down on the road to see anything through the viewer. But where is Ben and what's keeping him so long? Finally Ben reappears and says: "I saw you lying on your belly on the road and I thought you were hiding from someone. So I decided to hide too." 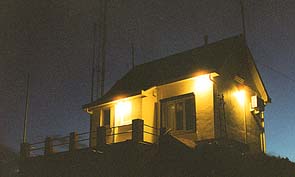 The pictures turned out very well. It’s 2-3 minutes of exposure time. The "northern lights" effect are probably the last traces of the sunset. They were invisible with the naked eye. You can see my backpack on the right of the picture.

The artificial light comes from the three lamps of this mysterious "house on the hill". It's surrounded by modern antenna's and is probably full of operational equipment. I've never seen anyone inside. The windows are covered by blinds on the inside and nowhere is a crack through which you could peek inside.

Ben says: "Come on, the door is open and there are generators and switchboards inside. This fence is easy, especially for a climber like you". I climb the fence, hide my backpack in the bushes and follow Ben inside. It's great! It's immediately clear that this was an American installation. A lot of typically American warnings in the style of "Don't sue me, I've warned you". 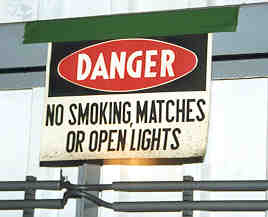 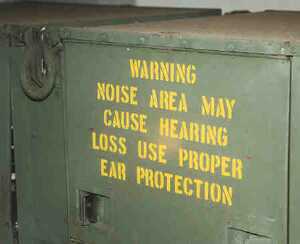 All the remaining machinery is labelled "military specifications" and "US Department of Defence". I remember the kinds of labels from the time I scavenged army surplus stores for transmitter parts and measuring equipment. 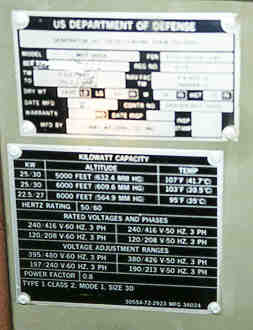 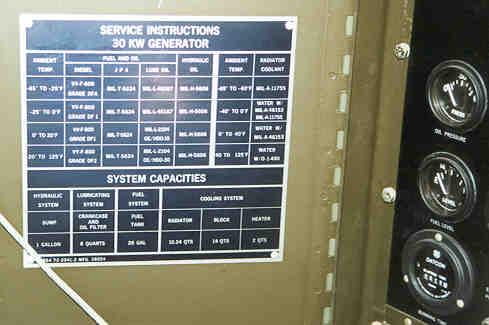 There was no lock on any door. Everything that was left was simply too heavy to steal. No keys in the key-box. Simple rooms, a desk, a small kitchen and a shower / toilet room. We scavenged all the floors, corners and drawers but found no trace of the inhabitants. By this time we had a strong "James Bond" feeling. The wind was blowing outside and the sheet-metal building was making a lot of "here they come to arrest us" noises. It was spooky. 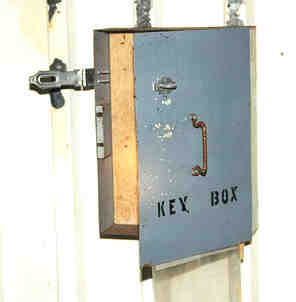 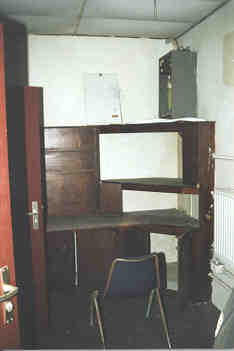 As expected we don't find any manuals or logbooks. Only a rough schematic showing the places where the transmitters and receivers once stood. A switch reads "54 kW", that's a lot of transmission-power. The only remaining machinery is a diesel generator and two huge battery-powered uninterruptible power-supplies. We try to discover more clues, but everything is empty. We only find a manual for a "Whirlpool" washing machine from 1981 - it includes a coupon that gives a 75c reduction on "Tide, America's favourite". Does that washing powder still exist? 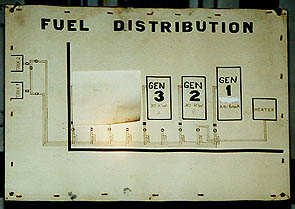 The staff even left a schematic. But it's only a rough one. I suppose the heater was meant for the diesel fuel. 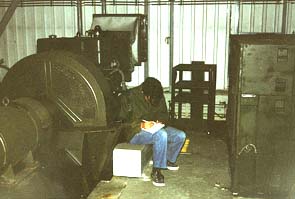 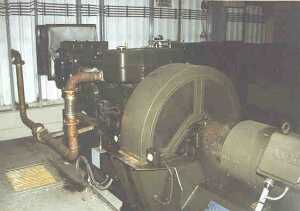 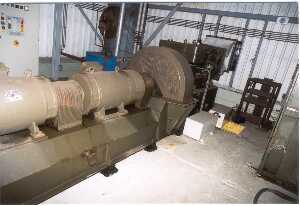 Ben is taking notes sitting on generators NR 1. Generator NR. 2 is on the right. 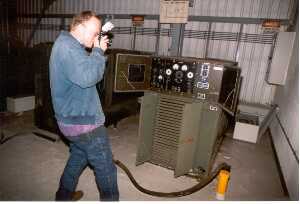 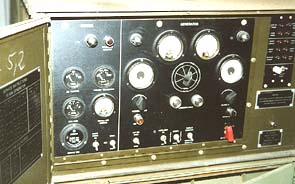 Taking a picture of generator NR. 3. Here it looks all well-lit. But that's the flash. In reality it was pitch dark inside. 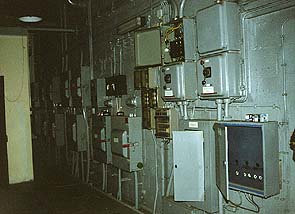 This massive wall of switches was very impressive. Ben turned one of the switches and made me jump. There were a lot of old ceramic fuses but I forgot to take one as a souvenir.

All the while I feel like a spy must feel. The next day I tell the story to a colleague who lives in Hoek van Holland. He tells me that the whole bunker-area is still formally military terrain. And especially that the antenna terrain is still formally classified. But he also told me that he visited the site while it was still in operation. How? "I have my connections in town." It was a radar station and a communication centre for the American navy. 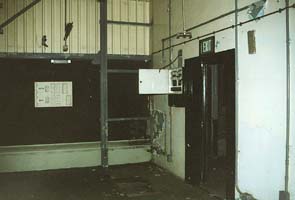 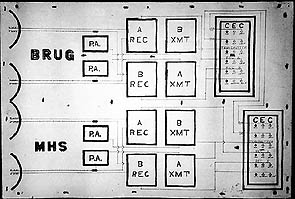 Finally the eerie sounds made us nervous and we left the premises. Of course there was no one outside. By that time we were courageous enough to make pictures outside with a photo-flashlight. We must have been noticed for miles around. 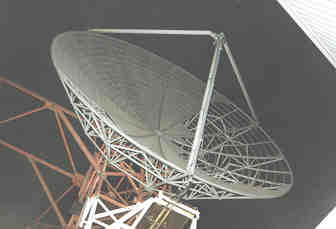 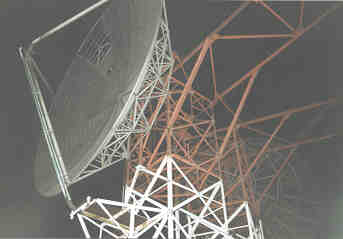 Ben also climbed one of the antenna's. He's somewhere in the picture on the right, but you can't see him. It will be a pity when these nice dishes disappear from the landscape. I suppose they will build some dumb functional building instead.

© 2001 Petr Kazil - 23 February 2001 - Do you know any military installations in The Netherlands ? Ones that are accessible ? Mail me at (obfuscated) kazil a.t euronet d.o.t nl