We parked the cars in the middle of the village, on a a parking lot opposite the church and the pubs. 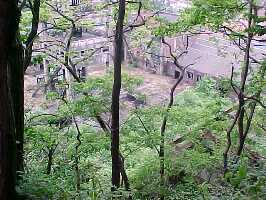 Through the woods - Picture by Jim Hollison

We walked up a narrow steep road and took a romantic path through the woods. Old beech trees and a view over the valley towards the river. Then the buildings of the mine appeared below us. 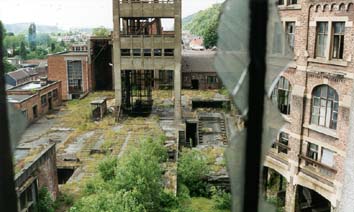 A tower like a gothic castle, rough bricks and stone, arched windows. A more modern tower - concrete and steel - stood nearby.

We used a rope to slither down the steep slope and we entered the Gothic tower. The walls were black, a great rusty elevator was stuck between two floors and two round holes led into the mountain. We went in a few meters but the concrete was cracked and the rusty arches that supported the tunnel were visible. Quickly we went out again. 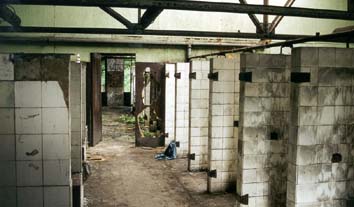 We explored the staircases, the showers and lockers - many and many of them - and wondered at the rubber boots that were lying everywhere. Sometimes a musty coverall was lying on the floor. Liquor bottles from previous visitors were left everywhere. 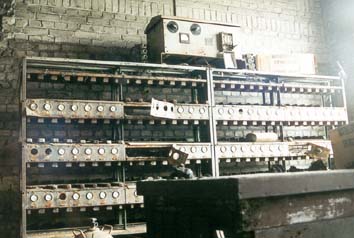 In the administration buildings I found empty boxes of explosives - Kempoxite, Dynamite - and some records from 1975 - some hand-written, some computer print-outs. The were approximately 1100 workers in the mine, many of them Turkish and Greek. I suppose by then the work had become too dirty and hard for the local Belgians. Posters from workers-unions on the walls, demanding safe working-conditions and just pay. 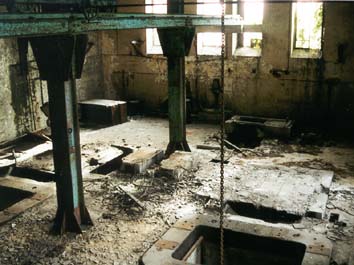 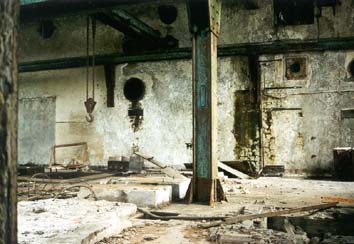 I found other records on the floor in another building. They looked like very detailed accounts of the explosives that were used. I suppose you have to keep close track of the stuff. 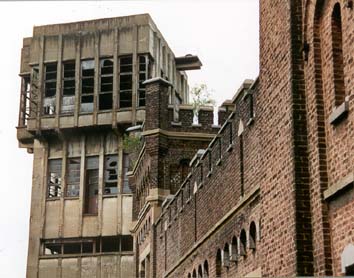 Ben, Tomas and Jim climbed the concrete tower and enjoyed the view. I just sat there and let the atmosphere do it's work on me. This was not a pleasant place, it felt like the people working here had not been happy. It was beautiful and interesting to be here but no place for a picnic. 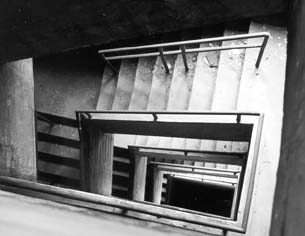 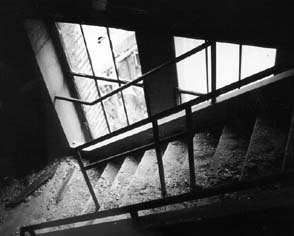 On the lower floors water was flowing from a broken pipe and ferns were growing in the shadows. 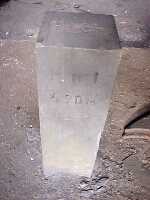 We found a small monument from the day when the mine-shaft had been sealed. Here more tunnels led into the mountain, and the narrow railway-tracks were still in place. But 30 meters further on the concrete had collapsed in places, the metal arches were rusted and broken and in the distance you could hear the sound of running water. I left quickly. Ben, Tomas and Jim went further inside, but they saw nothing interesting.

Later a colleague who was born in the Dutch mining area told me that the mine-workers preferred wooden beams and supports to steel ones. Wood creaks under strain and you can hear when it it about to collapse. Steel gives no warning.