15:00 - We had lunch opposite the train-station in a "Quick" restaurant. Burgers, fries, soft drinks. The weather changed once again and we walked to the cars in intense but short rain. The umbrellas were in the car, of course. 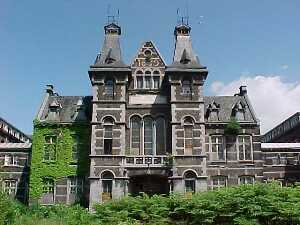 Jim Hollison led the way through Luik and after some traffic lights and one-way streets we arrived at the entrance of the deserted madhouse, "Le Valdor" (the name sounds like the infamous "Chants de Maldoror" and the building looks like the equally infamous Miscatonic University). Here we spent a few minutes looking and salivating at this neo-gothic, Adams family, monstrosity. But we didn't have the time to go inside. Jim led us around the back, and showed us the back-entrance along the railroad-tracks. Ben immediately started planning future expeditions, with film camera's to make art-videos. 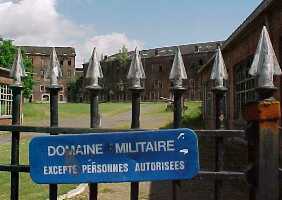 From here the road led upwards and ended at the top of the hill. A large paved square on top. On one side spiked steel gates. On the other a war-memorial and a war-cemetery. Through the fence we saw a whole campus of deserted buildings. Trees were growing from the roofs. A rusty cannon stood on the path. But the lawn was neatly mowed. Someone is taking care of this crumbling ruin. 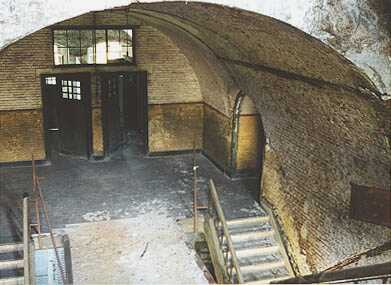 We park the cars just around the corner. Jim wanted to hide them further away, but I convinced him that in Europe no one would care. A Belgian family with kids and a baby in a carriage (?) demonstrated the European attitude by going around the "Do not enter" sign and straight onto the premises. This is an ideal place for a Sunday stroll and no one cares that he's trespassing.

A rubble slope led us to the back of the fortress. Huge spaces. A tunnel goes underground, it has been blocked with barbed wire, but it's easy to climb over. We crawl through a narrow and dirty opening. "Hey, there's a television down here!" But the tunnel leads nowhere. 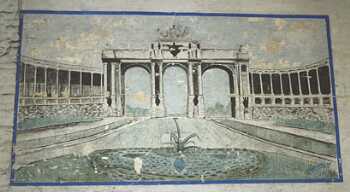 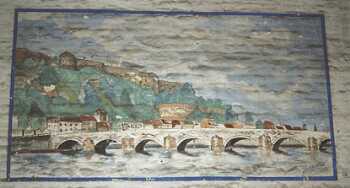 I want to go up, towards the roof, to see the trees in close-up. Beautiful stairways, with peeling paint and rubble on all the steps. The roof tiles have tumbled inside, there are large holes in the roof, in some places the tiles are delicately balanced on what remains of the woodwork. A sudden gust of wind can send them down on your head.  I'm glad I'm wearing my hard-hat, it's good to have something on your head in this cool breeze. 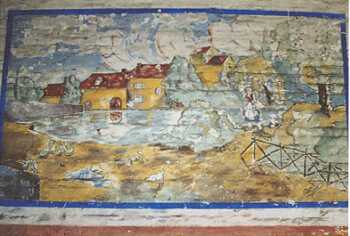 On the upper floor (level 4) many plants grow inside the building, moss, large ferns and elder bushes. Near the windows the ferns are dark green. Inside the rooms they have a spooky whitish-green color. I wonder if there are mushrooms in autumn.

A corridor on level 3 connects all the barracks. The walls are beautiful with their peeling ochres and blues, it looks almost Italian. More stairways. Kitchens covered in white tiles. Large eating rooms with murals, depicting fairytales, Belgian cities and other fortresses. The atmosphere is quiet and thoughtful, like a church. I could stay here for hours. 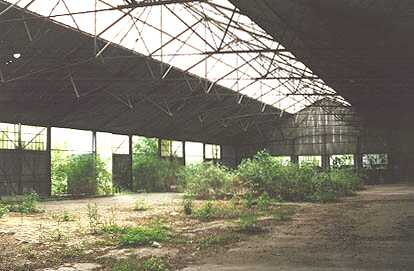 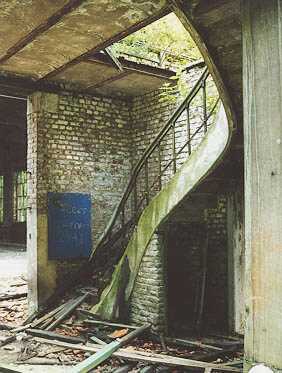 Behind the barracks there are even older buildings, where the roofs have disappeared, and the rooms have been colonized by trees and vines. A wilderness with ruins. 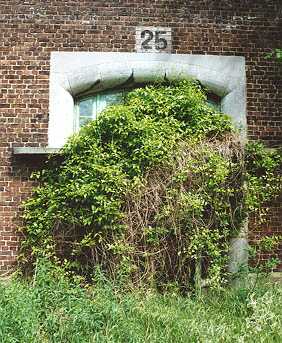 Then there are more modern buildings, very hospital like. Light blue and beige peeling paint. A practice-ground for graffiti artists. We walk the stairs and enter the roof. A beautiful view of the city and the surrounding hills. Two other guys are walking below, we hear them coming up the stairs, towards us. A few tense moments for us all. One of them has grabbed a metal pipe, not knowing what to expect of us. "Vous etes des touristes? Ou des artistes?" I ask in broken French, making spray-can gestures. "Des artistes, des artistes !" they answer in a slightly offended tone - how could we have thought otherwise! 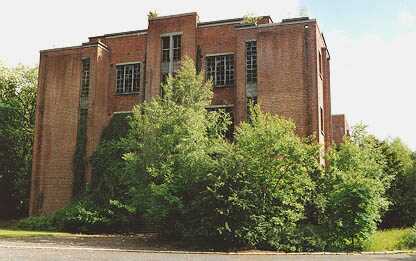 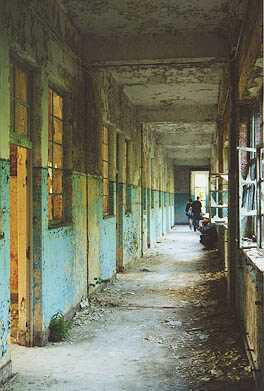 We leave the same way we came in. We discover a large overgrown sign over the entrance of the "Muse de fuslillees de la Chartreuse". The rooms are empty, the trees are old, this place of remembrance has been deserted for 15 years or more - sic transit gloria mundi. 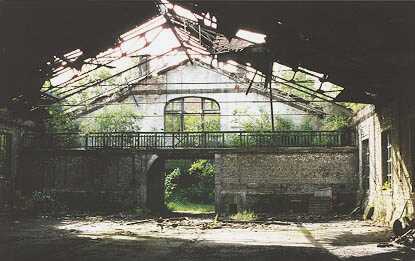 We return to our cars and eat some sweets and crackers. We watch more Sunday strollers pass the "Do not enter gate". I ask some person if the authorities are going to do something useful with the fortress. "No, they just let it stand". Meanwhile Jim explains why he's so paranoid about parking in a conspicuous place. "In the US we have too many cops. And in places like Iowa or Ohio they have absolutely nothing to do. So as soon as a stranger arrives in a suspect place they will inquire what he's doing there. And that will spoil all possibilities for exploration."

Another circuitous drive along the banks of the river (while ignoring romantic railway-bridges, power-stations and steel-foundries) brought us to the village of Cheratte. The deserted coal mine lies just along the road, but as always entry is through the back.