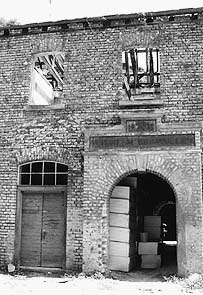 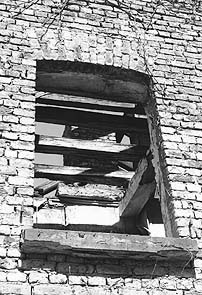 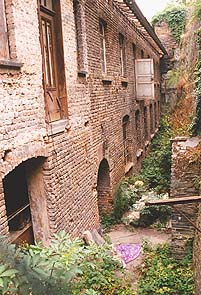 On the opposite side of the river we found more exotic ruins in the village of Kaub. If I told you that these pictures were made in Mexico or Arizona you would surely belive me. This is the "Wilhelm Erb Stollen" - a shale quarry. The underground part is inside the mountainside you can see in the third picture. It was started in 1837 and it went out of production in 1972. The thin shale slabs were used for decorative roof cover and the useless fragments were ground into powder. The powder was used for graphite production and in cement. The building is in a very bad shape. It seems that no use has been found for it yet.

Back to: Deserted buildings, Home