1995 – The German art collective p.t.t. red glued 25 cent pieces to the plaster of Wall Street in New York. Using polaroids and video footage they documented how (presumably rich) bankers and brokers tried to pick up the coins – often in vain. Some homeless people were more persistent and they used a hammer and chisel to acquire the coins.

1996 - Maurizio Cattelan organized an actual break-in of the private Amsterdam gallery located opposite the Appel foundation, exhibiting in the latter te products of his theft. (Another fucking readymade, 1996)

1996 - Wolfram Kastner and seven citizens of Salzburg took position in the local cemetery in front of the war memorial. They carried banners saying "we honour the deserters". This artistic action (called "visual disturbance") had not been authorized. The artist finds it idiotic that on all-saints day a public remembrance service for fallen SS comrades is allowed by the authorities. The action of the artist was penalized by a fine of 2200 Austrian Schillings or two days in prison. Wolfram Kastner has decided to sit two days in prison on the same days that the SS remembrance service takes place.

2002 - The police seized eleven swastika sausages (“Hakenwurst”) on the flea market at the Boxhagener Platz. Berlin artist M. Petersen is surprised that he has been arrested now, because he has been selling his sausages since 2001. Vacuum packaged mortadella with an embedded swastika symbol, “guaranteed to be inedible” and available in two tastes: “fascist pig” and “fascist cow”. The enclosed note says “art, handle with care”. Petersen says he tries to come into contact with other citizens and that he is successful. He does not see a danger that his art could be misunderstood. He regards his swastika sausages as a subversive strategy and not as a cheap provocation. He has claimed damages of 1.150 euro for the confiscated artworks.

2002 - Berlin artist Klaus Weber is cultivating the enormously strong mushrooms “Agaricus bitorquis” (Trottoirchampignons). These mushrooms can make holes in asphalt road surfaces. An open space behind the Mendelssohnstrasse was asphalted and spores of the mushroom (that can lift six kilograms) were seeded under the surface. Already the first mushrooms are beginning to surface.The artist was assisted by the Mushroom Research Group of Berlin Brandenburg. They found the initial mushroom and collected the spores on a sheet paper. The spores were placed in a nutritive solution, in which the white slimy mycelium could grow. Then the mycelium could grow further in boiled wheat grains. The infected grains were planted in boreholes in the asphalt in September. The mature mushrooms will be harvested and eaten.

2003 – Wolfram Kastner distributed tickets for Munich’s air-raid bunkers. He wanted to emphasize that Munich has more than a million inhabitants, but that the 30 public shelters can house only 37.000 persons.

2003 - Wolfram Kastner sprayed the slogan 'Judensau' (Jewish Pig) on the façade of the Sebaldus Cathedral in Nuremberg. The artist protests against a figurative representation on the church wall, which shows a sow and a Jew underneath sucking from its tits. The monument is a 14th Century caricature of the Jewish population. Kastner wants the church to place a sign explaining the meaning of the sculpture and a statement by the church on its meaning.

1992 – Maurizio Cattelan: The night before the opening I let myself down from the windows and ran away. - The work presented was a makeshift ladder made of sheets knotted together and hanging down the facade of the exhibition building. (Flee the Castello de Rivara)

19?? - Karen Finley’s work has included smearing her naked body with chocolate and inviting audience members to lick it off.

1960 - Arman, "Manifestation of Garbage" exhibition at the Iris Clert gallery in Paris.

1994 - Maurizio Cattelan made two piles of sacks of demolition rubble wrapped in a sheet of transparent plastic. Each of the two piles is set on top of a construction pallet. The material came from three buildings damaged by Mafia bomb attacks: the Padiglione d’Arte Contemporanea in Milan, the Uffizi in Florence and a church in Rome. (Lullaby)

1995/96 - Stefan Micheel and HS Winkler (group p.t.t. red) received a Berling art grant to stay one year in New York. The grant money they received was exchanged for bills and each dollar bill was stamped with the phrase : “p.t.t red dollar – money for cultural purposes” and subsequently put into circulation. Genuine money was enriched artistically, but it kept its value, it did not become a work of art, but remained viable currency, until the American Bank took would withdraw it from circulation.

2000 - Heath Bunting writes: The perfect project for me is walking down the street, looking at something, having an idea and having it finished by the evening. Like the X project, it's just a graffiti project. I would graffiti a URL, and if people were interested and saw it and noted it down and visited that site, it would ask them where they saw it, who they thought did it and why and it would keep a log of that information. So it's a log of my travels and of what people think of graffiti. I think that's my favourite project, it's very, very simple but it's going five years now. http://irational.org/climbing/rotterdam/

1993 - Christian Hasucha - Small iron platforms were constructed for the 50 participants of “Intervention P”. An anonymous group of actors were selected by sending out invitation letters and reply forms. The platforms are installed at a height of 20cm on individually selected lampposts. Participants can use the platforms for a limited time period. (P)

2002 - Berlin artist Hans Winkler transported 600 tins of Ravioli (Italian pasta product) from a German supermarket to Tuscany (in Italy) and he used the 600 tins to build a wall in the library of Manciano. Winkler was inspired by the German camping tourists who usually take along their own food for their Italian vacation.

1995 – Chris Wilder produced a partial reprint of “Project Blue Book”, the U.S. Air Force investigation into sightings of UFO’s. Out of three thousand photographs included in the project, Wilder has selected twelve. These range from the vaguely plausible, to the obviously preposterous, including a photograph of a shaved monkey presented to the military as evidence of alien life.

19?? - Cologne artist Parzival (Frank Poersch) felt inspired by an urgent need. Being severely inebriated the artist relieved himself in a Cologne shopping street and afterwards he made a photographic documentation called " Kölner Pissecken" (Cologne pissing corners). For this project the artist used a grant provided by the SPD / Green political parties (1,500 DM) which was meant to document "Cologne favorite places".

1969 - James Turrell and Sam Francis make a series of airborne works with clouds and aeroplanes over Pasadena, California

1986 - Lothar Baumgarten, "Vacuum" at the Carnegie Museum of Art

1992 - Maurizio Cattelan collected $10.000 from one hundred people to be given to an artist who would agree to abstain from exhibiting his/her work for one year. When the selected recipients refused to accept the grant, Cattelan took the money and ran to New York. (Oblomow Foundation)

1993 – Aernout Mik created a “living installation” for a space in the modern conference center La Vie in Utrecht. While the entire building was buzzing with activities, in classrooms and meeting rooms, in a small room on the fifth floor a number of people lay asleep on beds in the semi darkness. Complete silence prevailed. Only the quiet regular breathing of those asleep could be heard.

1995 – In room 208 of the Stedelijk Museum Aernout Mik has arranged a group of museum guards. Some are real people, others are dummies clothed in the guard’s uniforms. They are “indistinct figures” and their personalities are flattened by their uniform appearance and reticent behavior that is prescribed by the museum rules. Due to the likeness of the static (dummy) and living figures a strong sense of suspense arises, and one’s view of the guards in the museum is changed.

For further research (by me) 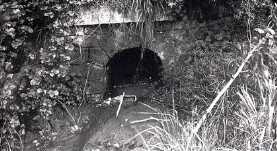 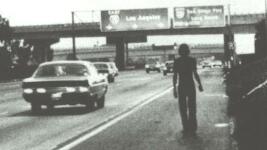 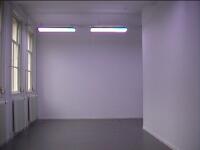 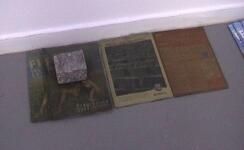 Back to: Urban Adventure in Rotterdam